SOME OF THE CRUELEST PEOPLE IN THE WORLD GO TO CHURCH REGULARLY.

The Candle-Lighter Award and the Sunshine Award

Thank you very much to www.living4bliss.wordpress.com for presenting me with the Candle-Lighter Award and the Sunshine Award.  I truly appreciate the recognition!

Both of these awards are for a blog or post that is positive and brings light into the world.

RULES for the Candle-Lighter Award

Whenever you see a blog or post you think brightens the world, give the blogger the Candle-Lighter Award.

Recipients can accept or decline. What does the recipient have to do?  Simply accept and nothing more!  You can paste this image on your blog, if you wish, and you are done!  If you wish to honor someone else with a Candle, pass it on, anytime and as many times and to as many people as you wish.

Come on and help me brighten up all our lives!

BLACK HISTORY TUESDAY:  Mr. Henry Baker, the Man Who Wrote It Down

The Research of Henry Baker

Mr. Henry Baker – The Man Who Wrote it Down. 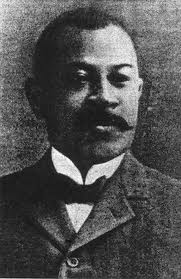 Little has been written about Henry, but it is known that he was born in pre-Civil War Mississippi, and that he was later admitted to the United States Naval Academy as a cadet midshipman.  White prejudice drove him away from this institution, and he took a position as a “copyist” at the United States Patent Office in Washington, DC.  While at the Patent Office, he enrolled in and graduated from Harvard University’s law school.  He also rose to the position of Second Assistant Examiner at the Patent Office.

During his years at the Patent Office, Henry became fascinated at the number of inventions that came from “minds of color.”  All around him, white Americans insisted that Negroes could not even suggest a new idea, much less try to patent one, yet Henry encountered Black inventors every workday.  It became his passion in life to tell the world what African Americans could do with their minds.

With the consent of the Patent Office, Henry sent out some 8,000 letters to more than 12,000 registered patent attorneys in the United States, along with company presidents, newspaper editors and prominent African Americans.  He asked them to tell him about any African American who had patented or tried to patent an invention.

Nearly 2,500 patent attorneys responded, stating that “they had never heard of a colored inventor, and never expected to hear of one.”  Still, Henry’s investigation uncovered over 1,200 African American inventors.  Of these, 800 gave permission for Henry to reveal their identities, because there had never been identifying passages on the patent application to indicate race. But the remaining inventors refused official identification, stating that such exposure would surely make sales of their inventions drop drastically–or cease altogether!  The 800 verified inventions did not represent even half of the patents Henry knew for certain were filed by African Americans, and he was keenly disappointed.  But he, too, realized that exposure meant jeopardizing sales.

Henry wrote an article on Negro inventors that appeared in Twentieth Century Negro Literature, 1900. He also compiled four large volumes of actual patent drawings for those inventions.  Only one set was printed, and it is now housed as a part of the Howard University Negro Collections.

Henry later wrote a pamphlet called The Colored Inventor, which he timed to be published on the 50th anniversary of the Emancipation Proclamation.  On the very last page, he promised to write a more detailed book on the subject of African Americans and their ingenious inventions, but he never did.  Curiously, the very thing he fought so hard not to allow to happen to black inventors happened to him: he slipped into anonymity.

After the pamphlet was published, Henry seems to have disappeared into thin air.  Nothing else was written about him, his proposed project, his life or his death.

We may not know much about him, but we know this at least: Henry Baker was the man who wrote it down.

What are your thoughts on this piece?

http://www.thebirkineffect.com  Musings of a “want it all” 21st century woman

As a thought leader for today's generation, I choose to be part of the solution and am doing things that positively impact people's lives. In addition to being a happy, married (since 1967!) woman, sister, aunt, mother, grandmother, great grandmother, I have over 40 years' experience in "Corporate America": Stenographer, Secretary, Supervisor, Analyst, Office Manager, Executive Assistant. I am also a professional proofreader and the author of 10 books (mostly non-fiction)--http://www.GoodShortBooks.com).
View all posts by Line of Serenity (Joyce Fields) →
This entry was posted in Uncategorized and tagged celebrities, current-events, politics, quotes, research, science. Bookmark the permalink.